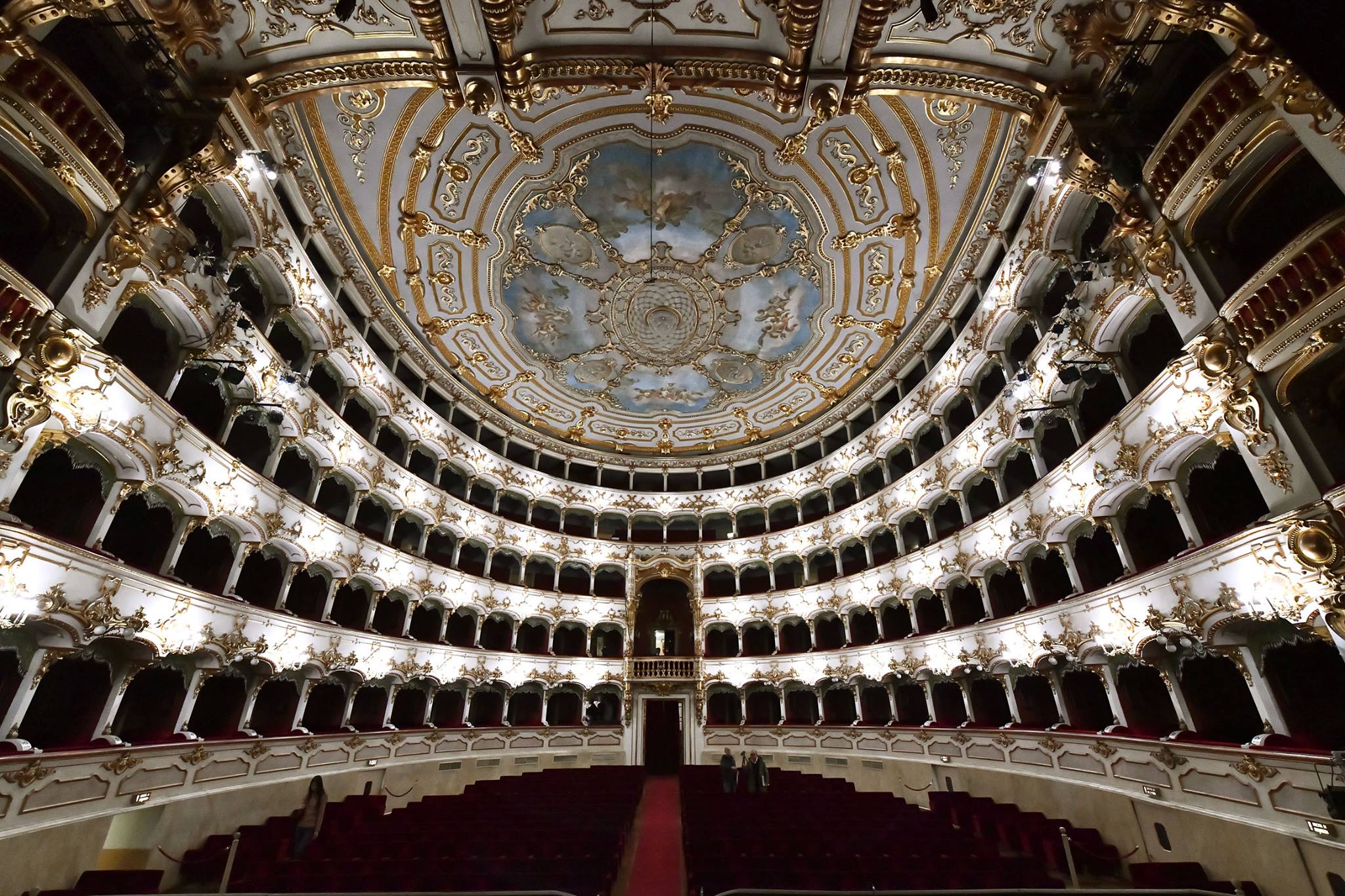 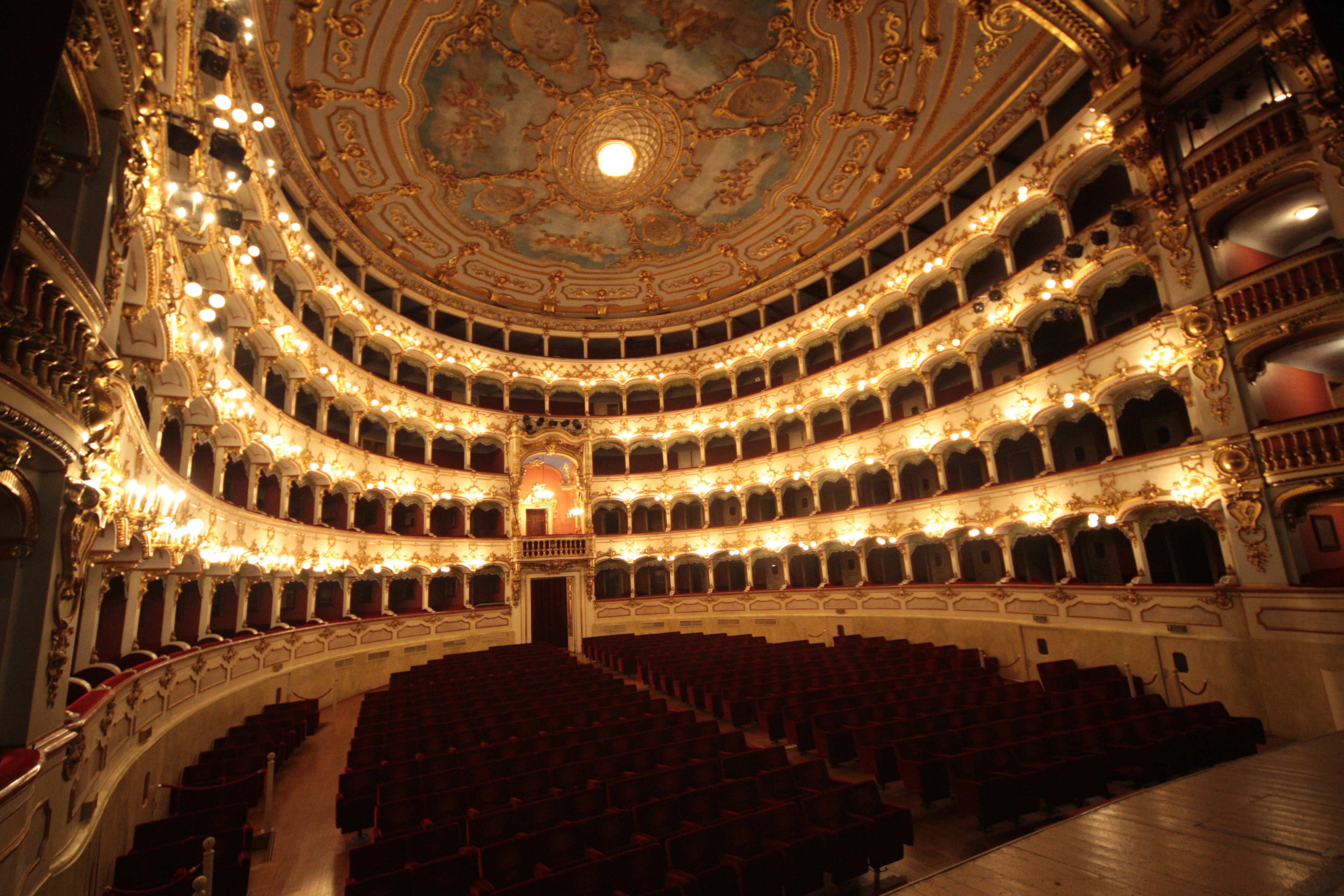 The first stone of the building was set by Mr. Moreau de Saint-Méry, Duchy’s general administrator on behalf of France, and it was inaugurated in 1804 during a popular feast with fireworks and a horse fair. The project of the Municipal Theatre came from an idea of the architect Lotario Tomba, and it took shape through the joint action of some noble families in Piacenza who united in a group in 1803. The façade, retouched in 1830 by Alessandro Sanquirico – scenographer and architect who worked at La Scala in Milan, and also on the decorations inside the Municipal Theatre – recalls the more famous model by Piermarini for La Scala. The façade was also enriched with a portico for coaches to stop by, according to the needs of the time. Above the doors of the stone balcony, on the first floor there are the basreliefs representing the Allegories of Theatrical Genres by Alessandro Pettinati. The plan is for 3/4 elliptical, to satisfy the acoustic and visual needs of the theatre. The structural solution adopted by Tomba is described as a beehive all’italiana, which exploits the space of the cavea to create more balconies and increase the number of seats for the audience. The current layout of the theatre is a result of a further reorganization from 1850, giving a sort of romantic style splendour to the interior design through the red velvet and golden decorations. The elegantly decorated foyer is accessible through glass doors and mirrors framed with golden and carved wood. The frescoes on the vault above the parterre, and the stuccoed fretworks, are by Girolamo Magnani. In the last few decades the Municipal Theatre went through a series of renovation works: the most noticeable result is that in the attic was created the large and comfortable Sala degli Scenografi.