Organized by the Fondazione Teatri di Piacenza and by the Municipality of Piacenza, the inaugural event of the summer series will be an extraordinary Verdian Gala which will see on stage two of the brightest stars in opera: the tenor Francesco Meli and the baritone Luca Salsi, for the first time in a duo in concert accompanied on the piano by Davide Cavalli.
In the open space of Palazzo Farnese, set up with the utmost attention to compliance with the rules for health safety, with a capacity of about 300 seats, famous pieces will resound from the works Don Carlo, La Forza del Destino and Otello by Giuseppe Verdi, in an event with a highly symbolic value to celebrate the rebirth of music and culture after a dark period, in one of the cities most affected by the pandemic.

Francesco Meli is  one of the most fascinating and sought-after tenors in the world. His most recent engagements include Simon Boccanegra in London, Genoa and Vienna, Ernani and La Traviata at La Scala, the Verdi Requiem conducted by Riccardo Muti in Tokyo, Baden-Baden and at the Salzburg Festival, Aida at La Fenice and in a concert performance in Chicago with the Chicago Symphony Orchestra conducted by Muti. The 2019/2020 season includes the Verdi Opera Gala in Piacenza,  Giovanna d’Arco in a concert at La Monnaie, Ernani in concerts in Lyon, Paris and Vichy and the Verdi Requiem with Muti conducting the Chicago Symphony Orchestra at the Musikverein in Vienna. He inaugurated the current season at La Scala singing as Cavaradossi in Tosca, conducted by Riccardo Chailly and directed by David Livermore. When on February 23rd 2020 La Scala closed as a result of coronavirus, he was engaged in Il Trovatore, another of his signature roles,  in which he was about to celebrate his 50th performance. 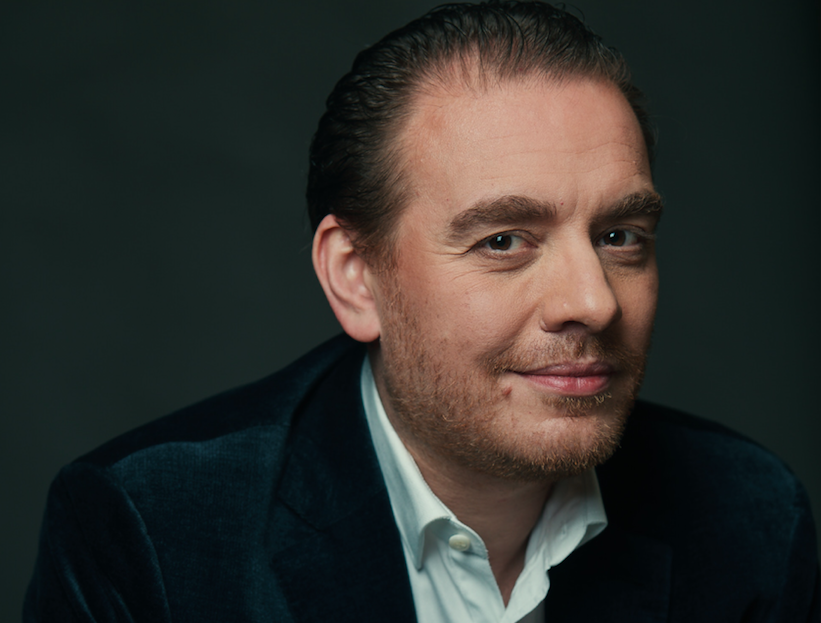 He made his debut at La Scala at the age of just 23 in Les Dialogues des Carmelites conducted by Maestro Riccardo Muti and has returned there over the years to perform in Otello, Idomeneo, Don Giovanni, Maria Stuarda and Der Rosenkavalier. To date, Francesco Meli’s name has appeared on eighteen playbills at Milan’s La Scala. In 2004 he made his debut as Nemorino in Elisir d’amore, a role which he went on to sing in numerous theatres. Since 2005 he has opened the Carlo Felice opera season in Don Giovanni and the Rossini Opera Festival season with a new production of Bianca e Falliero and has sung in Il Barbiere di Siviglia in Zurich, Don Giovanni at the Théatre des Champs-Elysées in Paris, La Sonnambula in Lyon for a Virgin recording with Natalie Dessay, in Così fan tutte under conductor Riccardo Muti in Vienna, where he returned to perform in a new production of Anna Bolena, in Maometto II at the Rossini Opera Festival and in Tokyo, again in Pesaro in Torvaldo e Dorliska for the opening of the 2006 Festival and as the Duke of Mantua in his debuts at the Royal Opera House and at the Metropolitan Opera. Since 2009 he has gradually turned his attention from Bel canto roles towards dramatic opera: following performances in I Lombardi alla Prima Crociata, Simon Boccanegra and Werther in Parma, he debuted in the major Verdi roles and in 2013, the 200th anniversary of Verdi’s birth, he sang in Simon Boccanegra, I due Foscari, Ernani and in Nabucco at the Rome Opera and in Salzburg under conductor Riccardo Muti, Ernani at the New York Metropolitan, Macbeth conducted by Muti in Chicago, Simon Boccanegra in Vienna and at Teatro La Fenice, Un ballo in maschera in Parma, Rome, the Arena in Verona and La Fenice, il Trovatore at La Fenice and in new productions in Salzburg, Covent Garden, Amsterdam and Monte Carlo, I due Foscari in Los Angeles, Covent Garden and at La Scala, Giovanna d’Arco in Salzburg and at La Scala  to inaugurate the season, Don Carlo at La Scala, Aida at the Salzburg Festival conducted by Riccardo Muti and in new productions of Carmen in Madrid and Covent Garden. He has on three occasions inaugurated the season at La Scala and he sang at the opening concerts for the Turin Olympics and for EXPO 2015 in Milan, both broadcast by RAI.  He has performed in solo recitals at La Scala and in London, Tokyo and St. Petersburg and in the Verdi Requiem with Riccardo Chailly, Daniele Gatti, Fabio Luisi, Riccardo Muti, Lorin Maazel, Gianandrea Noseda and Yuri Temirkanov at La Scala and in London, Paris, Zurich, Moscow, Salzburg, St. Petersburg, Tokyo and Vienna. In 2019, during the Easter Festival at Baden-Baden, he performed for the first time with the Berliner Philharmoniker, again singing in the Verdi Requiem conducted by Muti.

Besides the Verdi Requiem, his concert repertoire includes the Requiems by Mozart, Donizetti, Dvořák and Andrew Lloyd Webber, Rossini’s Petite Messe Solennelle and Stabat Mater, Messe di Gloria by Puccini and Mascagni, Verdi’s Hymn of the Nations, Dvořák’s Stabat Mater and Pulcinella by Stravinsky. Amongst chamber music pieces, he has a particular affinity with Romances by Tosti and Respighi but also Bellini, Donizetti, Verdi, Duparc and Ravel. He has recorded Seven Sonnets of Michelangelo by Britten and Three Sonnets of Petrarca by Liszt (Opus Arte). In 2013 he won the Abbiati Award for his performances of Verdi, and has also won the Maschera d’oro, the “Opera Star” International Opera Award, the Zenatello Award at the Arena in Verona, the Orazio Tosi Award, the Carlo Alberto Cappelli Award, the Pertile Award, the Lugo Award, the Prandelli Award, the Mascagni Award, the Tiberini d’oro Award, the ISO d’oro and the Labò Award. (June 2020) 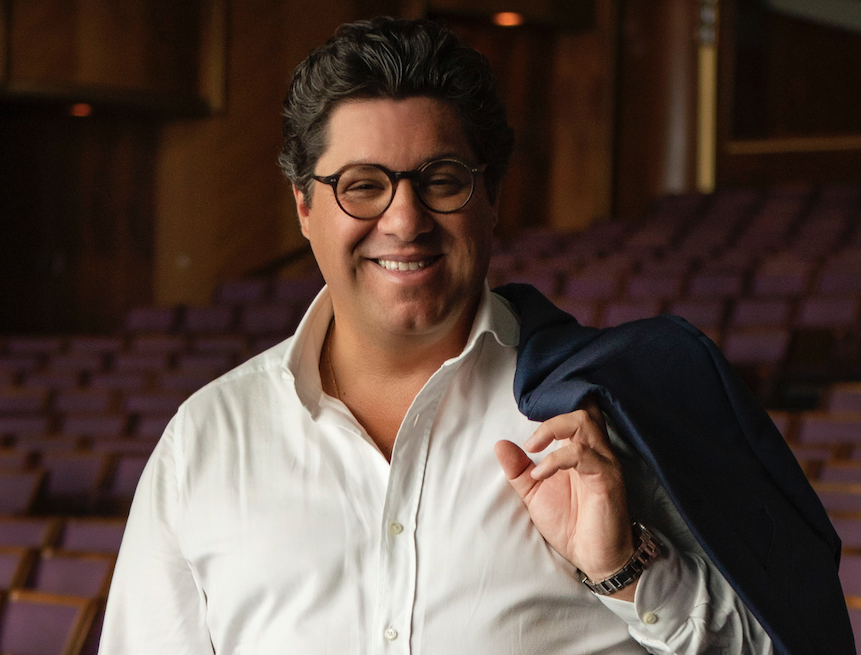 In the past seasons Luca Salsi has opened La Scala’s Season twice: the 2017/2018 Season in Andrea Chénier and the 2019/2020 in Tosca (in both occasions next to Anna Netrebko and with Riccardo Chailly conducting). He has also opened the Festival Verdi in Parma with Macbeth and Teatro La Fenice’s Season 2018/2019 (again as Macbeth, in a new staging by Damiano Michieletto and with Myung-whun Chung conducting). He has sung in Macbeth under the baton of Riccardo Muti (in Florence and Ravenna), in Ernani at Teatro alla Scala, in La traviata and Tosca at the Opéra de Paris, in Nabuccoand Andrea Chénier at the Wiener Staatsoper, in Un ballo in maschera at Teatro San Carlo, in Il Trovatore at the Arena di Verona, in Simon Boccanegra at the Salzburg Festival, in Don Carlo for the Season Opening at Madrid’s Teatro Real, in La Traviata at the Met, and he has made his debut as Iago in Otello with the Berliner Philharmoniker. In February 2020 he has made his debut as Alfio in Cavalleria rusticana with the Chicago Symphony Orchestra led by Riccardo Muti. (June 2020)

Since 2015, Davide Cavalli is a pianist of the Riccardo Muti Italian Opera Academy. In August 2017 he was korrepetitor and musical assistant for the staging of Giuseppe Verdi’s Aida at the Salzburg Festival conducted by Riccardo Muti with Anna Netrebko, Francesco Meli, Ekaterina Semenchuk and Luca Salsi as leading roles. In December 2018 he performed in the inaugural concert of the Amintore Galli Theater in Rimini, reopened after 75 years. On April 6th, 2019, together with Francesco Meli, he performed in Rome, at Palazzo Madama, within the series of concerts Senato & Cultura to celebrate the Career Award to Franco Zeffirelli, conferred by the Senate President. 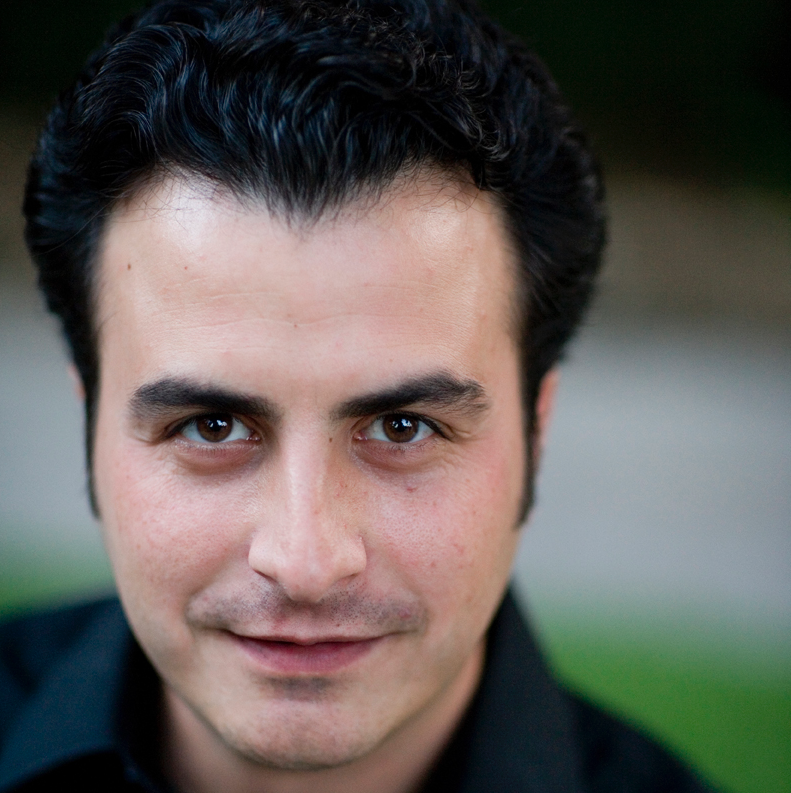 He began his piano studies with Alfredo Speranza, graduating with full marks and honours from the Luisa D’Annunzio Conservatory of Pescara. Subsequently he attended the specialisation courses of Edith Fischer, Robert Szidon, Aquiles Delle Vigne and Pier Narciso Masi and he achieved, with full marks and honours, the second level Academic Degrees in Musical Disciplines specialising in Piano with Roberto Cappello and in Chamber Music with Pierpaolo Maurizzi, at the Arrigo Boito Conservatory of Parma. Eclectic musician, he has performed as a soloist and in chamber ensembles at prestigious musical institutions such as the Odessa Philarmonic Society, the Hindemith Foundation of Blonay, the Conservatory of Italian Switzerland in Lugano, the Conservatory of Geneva, the Ravenna Festival, the Conservatory of Milan, the Royal City Conservatory, the Schubert Club of Saint Paul and the University of Minnesota. He also give concerts at the Église de Saanen and the Auditorium Kirchgemeindehaus in Gstaadt, the Eglise Saint Marc in Brussels, the Salle des Arts in Paris, the Joaquín Turina room in Seville, the Teatro Regio and the Paganini Auditorium in Parma, the Alighieri Theater of Ravenna, the Palacultura of Messina, the Verdi Theater of Pisa, in Prague, Barcelona, Des Moines (Iowa), Milwaukee, Philadelphia. As part of the Internationales Kammermusik Festival Austria, he recorded the Suites for piano duo by Sergej Rachmaninov for Austrian radio and television (ORF) at the Stift Altenburg Bibliothek, together with Davide Muccioli. He is the overall winner of the Seiler Piano Competition of Crete, Frédéric Chopin of Rome and Camillo Togni of Brescia. He also obtained the first prize in many national piano competitions. He carries out an intense activity in musical theater collaborating, among others, with the Salzburg Festival, the Ravenna Festival, the Rome Opera House, with the Conductors Riccardo Muti, Patrick Fournillier, Ottavio Dantone, Andrea Battistoni, Boris Brott, Nicola Paszkowski, Stefano Montanari, Maurizio Zanini and with the directors Graham Vick, Pier Luigi Pizzi, Cristina Mazzavillani Muti, Micha van Hoecke, Chiara Muti, Shirin Neshat, Cesare Lievi, Emilio Sagi, Michele Mirabella, Andrea De Rosa… He works together with the Luigi Cherubini Youth Orchestra and he took part in the tours of I Due Figaro by Saverio Mercadante at the Teatro Colón in Buenos Aires, Il Trovatore at the Royal Opera House in Muscat in Oman, Rigoletto at the Baharain National Theater, Falstaff and Macbeth at the Savonlinna Opera Festivals in Finland and in The Roads of Friendship’s concerts conducted by Riccardo Muti in Kiev, Tehran and Athens. On December 19th, 2014, on the tenth anniversary of Renata Tebaldi’s death, he performed Gioachino Rossini’s Petite Messe Solennelle in the Basilica of San Marino. To celebrate the bicentenary birth of Giuseppe Verdi, he took part in the project Echi notturni di incanti Verdiani in collaboration with Rai 1, in Roncole di Busseto, birthplace of the Maestro, creating the musical arrangement of the death scenes of the of the Popular Trilogy’s heroines. He teaches piano at the Antonio Canova Music High School in Forlì. (June 2020)

Palazzo Farnese is one of the most important monuments of the city of Piacenza. Located in the northern part of the city, but separate from the inhabited area, it is still characterised by a sense of majestic severity. The palace was built in the 50ies and 60ies of the 16th century, upon will of the duchess Margaret of Austria, wife of Ottavio Farnese; it was located in the area of the Visconti Citadel, aiming to construct a stately residence for the dukes, which would have to symbolize the power of the Farnese family. The architect in charge of the project was Jacopo Barozzi, known as Vignola.