The Teatro Comunale di Bologna was officially inaugurated on the 14th May 1763 with the very first performance of Christoph Willibald Gluck’s Trionfo di Clelia.

The theatre itself was one of the first to be made in masonry, strategically situated in one of the crucial areas of the city centre, which was proof of the desire to make theatres and similar entertainment venues, permanent features, considered to be icons of a collective identity. Nowadays, the theatre is a Foundation and produces approximately one hundred performances every year, divided between the Sala di Bibiena and the Teatro Manzoni concert hall where the symphonic season takes place.

Constructed to propose and offer Italian melodrama, the Teatro Comunale contains not only its own but also the history of the whole city as it stands precisely where the splendid and admired  Palazzo dei Bentivoglio once stood. The Comunale, from its beginnings, became the principal theatre of a city which, from the late 17th century to the triumphant era of Casa Ricordi and the industrial publishing houses, has played an essential role in the production of Italian opera. The theatre from when it was first opened dominated a city that was home to an impressive number of agents, entrepreneurs, singers, dancers, musicians, designers, stage and costume renting firms as well as being the seat of the influential Accademia Filarmonica which, amongst others, awarded a diploma to one of the pupils of  Padre Martini, a 14-year-old Wolfgang Amadeus Mozart.

The Teatro Comunale di Bologna has always been at the centre of its city life, not only thanks to its productive role which renders it one of the most important Italian theatres but also for its strategic position that places it as a fundamental element in the heart of the cultural and urban structure of Bologna: it is close to the Istituto delle Scienze [Science Institute[, to the Accademia Clementina [Clementine Academy], to the University ( the oldest in Europe), to the Pinacoteca [Art Gallery] and the Accademia delle Belle Arti [Academy of Fine Arts], and it is also close to the former convent of San Giacomo, seat of the “Giovan Battista Martini” Conservatory which educated, amongst its many pupils, Gioachino Rossini and Gaetano Donizetti.

Gioachino Rossini began his career on the Bologna stages in 1811. The year of his “first time” at the Comunale was 1814 with Tancredi, the first of his operas destined to become famous. During the years 1820 – 1830, the Theatre standing as it still does in Via Zamboni, became the ideal  home for the work of the composer from Pesaro. In the following decade, which ranged from Bellini to Donizetti, the ‘bel canto’ entered its finest season. At the Comunale, one could listen to Sonnambula, Norma, Lucia di Lammermoor  and Anna Bolena.

In the ‘60’s and ‘70’s of the 19th century, thanks due to the presence of charismatic conductors and composers such as Angelo Mariani first and Giuseppe Martucci later, the Teatro Comunale di Bologna became the focal point of Italian cultural life. From 1870 on, the Teatro Comunale gave the first performance of indeed five of Richard Wagner’s operas: Lohengrin (1871), Tannhäuser (1872), L’olandese volante(1877), Tristano (1888), Parsifal (1914). In more recent times, from the mid-sixties onwards, it became the theatre of Sergiu Celibidache whose personality has left the deepest influence on  the Teatro Comunale di Bologna in these last years.

During the same period, the Comunale has become a theatre which has frequently exported its own productions out to the most important Italian festivals, to European ones and to others all over the world. The following are particularly worth remembering: the “ Festival of Holland “ in Amsterdam (1987), the International Maifestspiele in Wiesbaden (1994), the International Festival in Sanander, Spain (2004), the International Festival in Aix-en-Provence (2005) and finally, the Savonlinna Opera Festival in Finland (2006). The tour calendar of the Teatro Comunale’s Orchestra and Chorus has also been also busy with invitations to theatres in France, Spain, Switzerland and Rumania. A privileged relationship with Japan has also brought about four successful tours there in 1993, 1998, 2002 and 2006, while another is planned for 2011. Since 1988, the Teatro Comunale di Bologna has also been a permanent guest at the Rossini Opera Festival in Pesaro.

From the 1987-88 season onwards, the Comunale has once again turned to the myth of Wagner with a Tetralogy whose cycle was completed in 1992 under the direction of Pier’Alli. Together with  new productions, there have recently been added co-productions of “signed” interpretations such as Wozzeck, directed by Willy Decker in 1995 ( produced by the Nederlandse Opera of Amsterdam, awarded a prize by Italian music critics) and Madame Butterfly, directed by Bob Wilson coming from the Opéra-Bastille of Paris.

From 1986 to 1993, the Teatro Comunale di Bologna has had as its permanent director Riccardo Chailly with a sort of partnership in 1992 with Christian Thielemann in the role of first guest director. In 1997, the Teatro named as its Musical Director Daniele Gatti who has chosen ways of interpretation and repertory choices notably tending towards, not only Italian opera in its moment of  greatest maturity ( between late 19th century and beginning of the 20th century) but also towards the research of operatic and symphonic culture outside Italy ( Mahler, Beethoven and Brahms above all). Even more recent is the nomination of the youthful Michele Mariotti as the new Principal Conductor of the Orchestra after the flattering and appreciative comments he received on the occasion of the inauguration of the present season with Verdi’s Simon Boccanegra.

The Orchestra, conducted by Michele Mariotti, has recorded a CD under the label Decca with sacred arias sung by Juan Diego Flórez, and an album under Sony with Romantic arias sung by Nino Machaidze. Under Deutsche Grammophon the Orchestra recorded Le Comte Ory with Flórez, and La Nuit de Mai – a selection or arias and songs by Leoncavallo – with Placido Domingo. Under the label PENTATONE it recently released a CD containing overtures by Rossini, to celebrate 150 years since the death of the composer.

In March 2013 the artistic ensembles of the Teatro Comunale di Bologna, led by Michele Mariotti, opened the IV International Festival Mstislav Rostropovich in Moscow, where they performed Verdi’s Messa da Requiem. In October 2015, again with Michele Mariotti on the podium, they opened the Lingotto Music Festival at the Auditorium Giovanni Agnelli in Turin, where they performed Stabat Mater by Rossini, and his Overture and Ballet Music from Guillaume Tell.

After working with the Rossini Opera Festival for nearly thirty years (from 1988 to 2016), the year 2017 brought new collaborations between the Teatro Comunale di Bologna and the Verdi Festival in Parma, where the Orchestra performed, among other productions, the Stiffelio directed by Graham Vick. Staged at the Teatro Farnese, the show was highly appreciated by audience and critics alike and was granted the Special Prize at the 37th edition of the “Franco Abbiati” Critics award. The Orchestra’s engagements with the Verdi Festival for the Fall of 2019 include Luisa Miller at the Chiesa di San Francesco del Prato in Parma, and Aida at the Teatro Verdi in Busseto.

Considered one of the most prestigious ensembles worldwide, through the years the Chorus has been led by Gaetano Riccitelli, Leone Magiera, Fulvio Fogliazza, Fulvio Angius, Piero Monti, Marcello Seminara, Paolo Vero, Lorenzo Fratini, Andrea Faidutti, and, since 2019, Alberto Malazzi. Among its many recordings are those of La Favorita,  Macbeth, Manon Lescaut, Rigoletto, La Cenerentola, and Rossini’s Messa Solenne. Its numerous international tours include Amsterdam (1987), Wiesbaden (1994), Japan (1993, 1998, 2002, 2006, 2011, 2017), Savonlinna (2006), Santander (2008), Muscat (2015), Paris (2018). In 2001 the Chorus performed Verdi’s Messa da Requiem at the London Royal Albert Hall within the BBC Proms Festival, with the Royal Philharmonic Orchestra conducted by Daniele Gatti. In June 2019 the Chorus will once again be touring Japan (Osaka, Tokyo, Yokohama, Fukuoka) with Rigoletto conducted by Alessio Pizzech, and Il Barbiere di Siviglia conducted by Federico Grazzini.

Noteworthy is its return to the Rossini Opera Festival from 2009 to 2016, where in 2011 the Chorus was part of the production of Mosè in Egitto, directed by Graham Vick and conducted by Roberto Abbado, that won the “Abbiati” award as best show for that year.

In 2017 the Chorus was at the Verdi Festival in Parma performing Traviata, and the Stiffelio directed by Graham Vick at the Teatro Farnese that was awarded the “Franco Abbiati” Special Prize.

Its engagements with the Verdi Festival for the Fall of 2019 will see the Chorus perform Luisa Miller at the Chiesa di San Francesco del Prato in Parma, and Aida at the Teatro Verdi in Busseto.The Teatro Comunale’s 2018 production of La Bohème staged by Graham Vick received the Abbiati Award as best show. 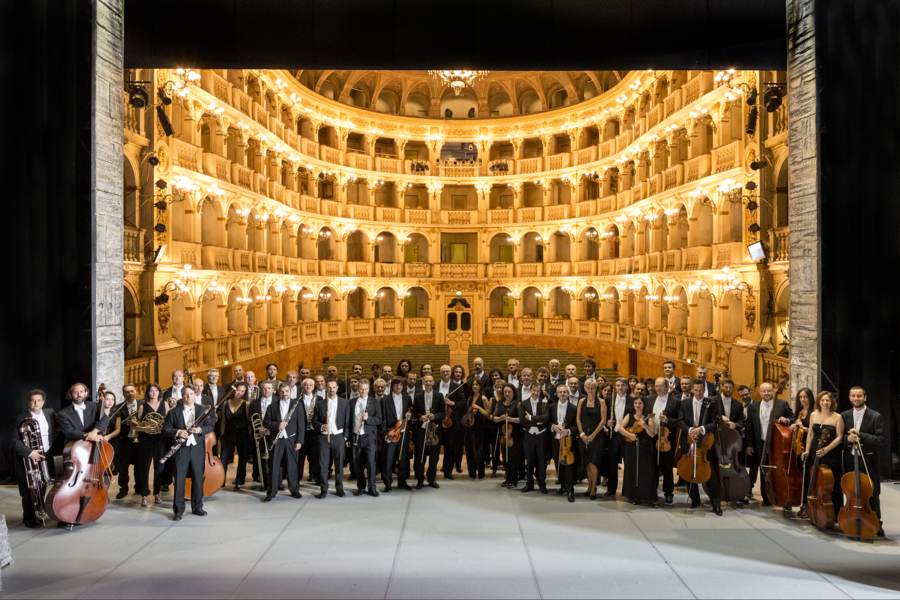 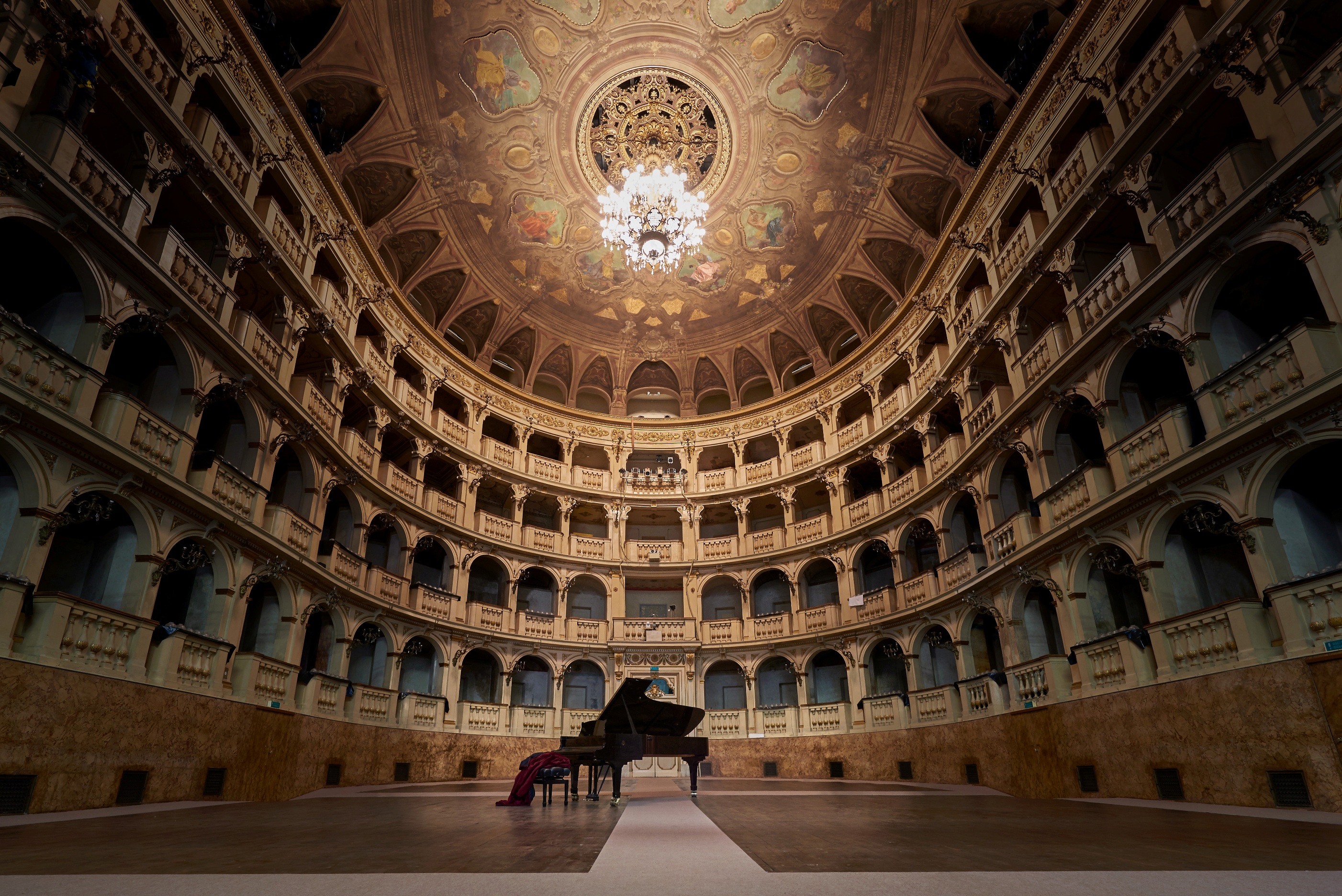 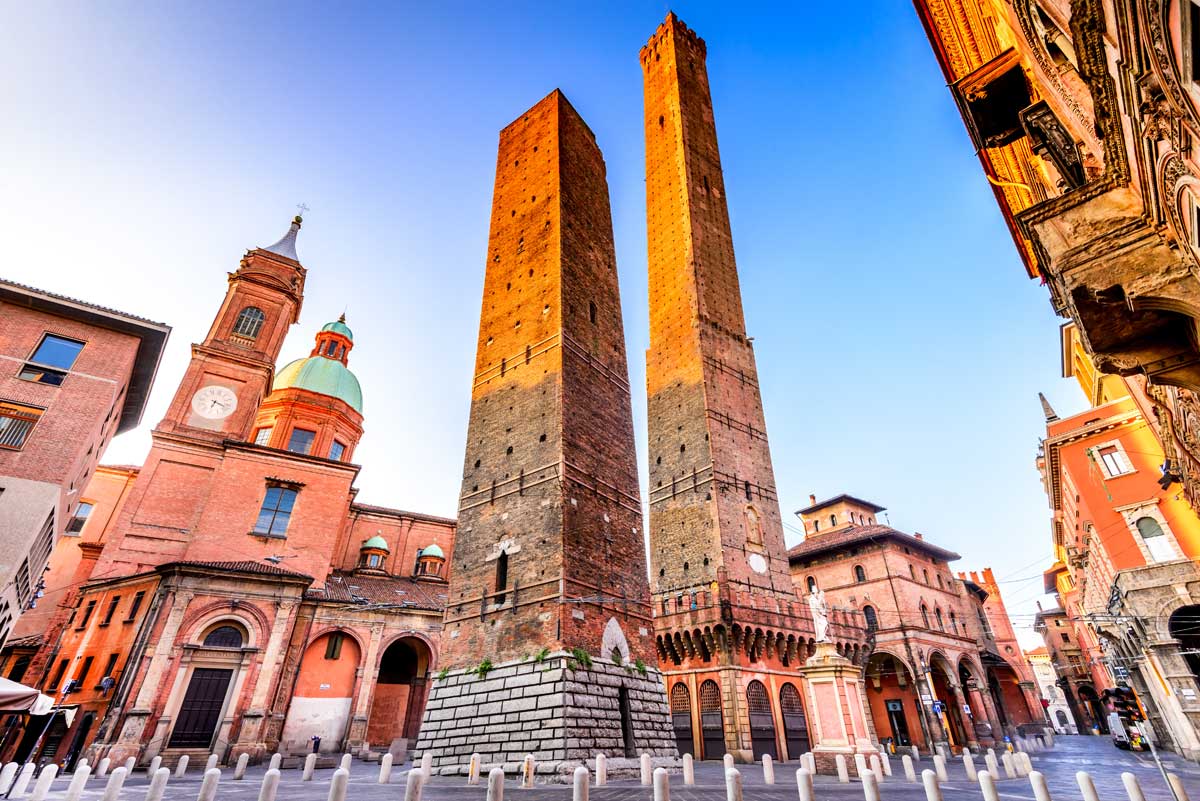 Home to the oldest University in the Western world, Bologna is a city with an intense cultural life and a very interesting historical heritage. Bologna was also in the Middle Ages prominent urban center in Europe. European Capital of Culture in 2000, in 2006 it was declared by UNESCO “creative city of music”.
The most important symbols of Bologna are its characteristic arcades, that is, covered walkways, and its towers, which offer tourists the opportunity to take in a wonderful view from above.